I am a little tired these days.

I am reading the latest book in Diana Gabaldon’s Outlander series – An Echo In the Bone.

Although my cousin found this book slower than the six proceeding it, it has not been the case for me.

As soon as my son is down for the night, I do the minimal amount of things to get myself ready for work in the morning and then I sit on our bed and read – often much later than I should.

So not only am I tired, everything else is on hold.

Only a few more hundred more pages to go.
Posted by LisaDay at 5:58 AM 7 comments

The Problem with Days Off

I was off Monday with my son.
We went to the doctor’s. We played. We went for a walk.
We had a great day.
And that’s the problem with days off – they make me want to have more of them.
Posted by LisaDay at 5:01 AM 3 comments

Bring on the Chocolate

Every time someone mentions something, I find a way to slip in the need for chocolate.
Unfortunately, or fortunately, there is none at my house.

That’s a lie. I made some truffles at Christmas and I have been pulling one truffle out each night, nuking it in the microwave and eating it. But that’s not what I want and while chocolate-y, I am left with the urge to get in my car and find some way to satisfy my chocolate craving.

It’s grocery-shopping day and I have had a weeklong craving. This is not going to be good.
Posted by LisaDay at 10:15 AM 6 comments

The tradition of my Dad and I going out for dinner started in my first year of college.

I had won a gift certificate at local bar for the best Halloween costume (I was Darkwing Duck, one of Disney’s great cartoons) and I invited my Dad to join me for dinner.

We had a great time talking, just the two of us.

We decided to make it an annual event, a time once a year that Dad and Daughter could spend some quality time together.

The first year, I paid for dinner with my gift certificate and Dad paid the tip. The following year, Dad picked the restaurant, paid for dinner and I picked up the tip, switching each year after that.

I am sure most restaurants were good, some were probably not as great, but regardless of where we go the best thing about the Dad and Daughter Dinner is taking my Dad’s arm and enjoying the company of a man I love very much.
Posted by LisaDay at 4:05 PM 5 comments

I was late getting into work this morning.

They didn’t hit each other. There was no broken glass or smashed vehicles. There were no flashing lights of a police car, tow truck or ambulance. There were no people trying to flag us down or dodge between cars.

There were just four vehicles at the side of the road.

But those vehicles had hundreds of people in their cars stopped on Hwy. 404, moving less than five kilometres per hour for several exits.

People, if you want to gawk become a passenger. Don’t waste my time.
Posted by LisaDay at 11:09 AM 4 comments

This is not news. I have been complaining about our mattress - and therefore my bad back - since I first started laying on it consistently more than 10 years ago.

We came close to getting a new mattress, but then I had to buy a new-to-me car and there went the possibility of a comfortable sleep.

For the past year or so I hadn’t noticed how bad our mattress was.

Then our son slept eight hours in a row, two days in a row, and I realized something.

It wasn’t that our mattress had miraculously fixed itself or I had finally gotten used to it.

Rather for the past 15 months, I really wasn’t sleeping in the bed. I was merely resting there for a couple of hours at a time. And for that type of sleep, our mattress is wonderful. 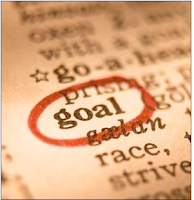 While actor Vince Vaughn’s character in Dodgeball made a valid point about goals: if you don’t have them, you can’t be disappointed if you don’t reach them, I prefer writing them down with the hopes they will come true.

And while I do this yearly, along with steps on how to reach this goal, it wasn’t until reading The Secret’s in the Sauce Blog Resolution, Saturday Sharefest that it occurred to me that I should be doing the same for my blog.

What are my goals for 2010 for This, That and the Other Thing?

• To receive more comments on my blog entries.
• To be honoured with more people following my blog.
• And ultimately, to make money off my blog.

I was at Sophia’s mom’s blog, a fellow SITSer, and noted she has the same goal as I do – to be a stay-at-home working mom.
Good luck to everyone who is reaching for a goal in 2010.
Posted by LisaDay at 6:35 AM 5 comments

I received a phone call from my husband this morning with the news that his cousin found his wife dead in their bathroom from an apparent brain aneurysm.

She was only 32. They have young children.

We aren’t close to this family but perhaps because of her age or perhaps because she has young children, my heart breaks for the husband and particularly for her children.

What do you say to a child who just wants his mom? I wish I was religious and could use the idea of a heaven or angels looking down. It seems an easy explanation and at least a nice idea.

Unfortunately, it’s hard to promote this idea when I don’t believe it.

My condolences to the Forbes family and to the children. My heart breaks for you all.


Tears were also shed for the three million people in Haiti who are expected to be impacted from last night’s ‘catastrophic’ earthquake.

My condolences to anyone who is has friends, family and loved ones on that Caribbean island.

I will be thinking of you.

Visit www.redcross.ca for ways you can help.
Posted by LisaDay at 4:50 AM 6 comments 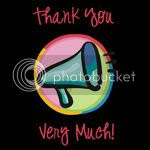 I was so excited.

I was reading a fellow Secret is in the Sauce member's blog – Humes, Party of Three – and discovered a feature she had discovered on another blogger’s website – http://thedailydribbles.blogspot.com

The feature allows you to “thank” those people who ticked you off.

I thought a Monday morning drive down the 404 would allow me to create one or two thank yous. I then thought a day at the office would provide ample opportunities.
But I was disappointed on both counts.

So to the drivers who were courteous, who obeyed traffic laws and let me in, thank you for a good drive in Monday and Tuesday mornings.

To my coworkers who made me laugh and listened to me vent, thank you for making my first real week back at work since my vacation a good one.
Posted by LisaDay at 9:06 AM 2 comments

Email ThisBlogThis!Share to TwitterShare to FacebookShare to Pinterest
Labels: driving, Hume, Hwy. 404, laugh, Party of Three, sarcastic, Secret is in the Sauce, thank you, The Daily Dribbles, traffic laws, vent

I stole today’s blog title from a book with the same name. It was one of many books I devoured before our son was born. The premise is easy to figure out.
It’s a fitting slogan at my house these days.

As regular blog readers know, my son, who turns 15 months on Jan. 21, was, up until Dec. 31, nursing every two hours throughout the night.

Until recently he was nursing from anywhere from 10 to 15 minutes up to a hour. I wasn’t worried nor overly concerned; I am starving each time I wake up during the night and if I allowed myself could eat a full meal each time I get up to nurse or pee.

However, my goal has always been to wean my little guy during my vacation between Christmas and New Year’s. My friends, who had already weaned their children, suggested a strong resolve and the ability to listen to my little one scream for two hours straight.

I had actually tried weaning my son earlier in his life, but I didn’t have that resolve and after listening to him scream for 10 minutes or so, I gave up, nursing him to sleep.

Since going back to work in November, my little guy was spending more time in our bed then in his. By brining him into bed with me, my son could nurse on demand while allowing me to get some needed sleep. I enjoyed it. So did he. My husband wasn’t a fan of that situation.

So on Dec. 31, when our son cried, I went into his room, picked him up, hugged him and told him I wasn’t nursing him at night any more. I put him down, gave him a drink of water from his sippy cup and rubbed his stomach. He cried for a few minutes, flipped over and fell asleep.

For the next week, he would get up every two hours for a bit of comfort, a drink of water and a rub. When he wouldn’t settle, I would leave him to his own devices, which often included him playing with his music box and chatting (Dad, Dad, Mum, Mum - getting louder and louder) for a hour or so. I also discovered during this time that it was best to just let him cry for a few minutes rather than trying to comfort him.

Then, three nights ago, it happened. He slept for six hours straight. The next night, six and a half hours. Last night, seven hours in a row.

So this is my advice for first-time mothers: Listen to your instincts. Don’t worry about your family members, friends or even doctor’s suggestions. Instead, listen to your heart and your head.

Sorry It has Been a While 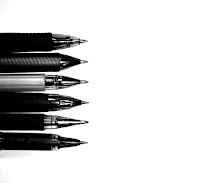 Sorry it has been so long. I have been sick since Dec. 27. It started out as a traditional cold, which was starting to wind down around New Year’s Day.

Unfortunately, on the first Sunday of the new year, I woke up with a sore throat.
Then Monday arrived with a headache that reminded me of the sensation I had after jaw surgery - if I leaned over my head felt like it was going to explode into a million pieces.

I also had teeth and eye pain. I stayed home Monday. Dragged my sorry self to the office for three hours Tuesday, stayed home Wednesday, then went to work for the whole day Thursday.

Friday I woke up in what can be described as agony. My head still felt like it was going to explode, but this time the sensation was there if I was standing up, lying down or making any moves. In addition, my eyes feel like they were going to pop out of their sockets; the bones around my eyes were in pain as well; my jaw was tender; and of course my nose was still running.

I thought about going straight to the hospital, but waited until 9 a.m. to call the doctor’s office instead. I gingerly walked around the house with my hands planted firmly on the sides of my head until we had to leave. Because the pain was so bad, I got my stepdaughter and her boyfriend up to drive my son and me to the doctor where I was diagnosed with a sinus infection, given antibiotics and told to take Tylenol Sinus. It was instant relief.

I hope never to get another sinus cold again. I hope you don’t either.