I am not good with time – or details once time passes – but more than five years ago, I had jaw surgery, which saw my lower jaw pushed back and my upper jaw moved forward (or vice versus).

The purpose was to fix my TMJ and hopefully stop my headaches.

Since I was changing the look of my face any way, I also decided to have two implants put in: one for an eye tooth that never came in and one for a bottom molar, which was removed years earlier by a dentist who felt I had too many teeth in my mouth and yanked a couple of them, leaving me with gaping holes and eventually bone loss. (And that meant I had a bone graph, removing it from my hip, prior to having the implant inserted.)

Implants, if you have the money, are apparently the way to go. They are permanent so you don’t have to worry about pain associated with dentures or bridges and they ‘look so real people never know they aren’t.’

Ahh, if only that was the case.

I have hated my dental implants since Day 1.

The oral surgeon didn’t blame any one, nor except the blame, but did say he would do a gum graph, which would cover the titanium, and while there gum graph the rest of the my teeth making them less sensitive. (I am leaning toward this option, however, the former dentist also believes it will happen again as this area of the gum often recedes. The problem is I am not sure I believe this dentist any longer particularly after what happened to Dental Implant No. 2.)

During the summer, I was eating and swore I felt my implant (No. 2) lift. I wiggled it, but didn’t notice anything. I tried eating something else and it didn’t seem to happen again.

A day later I was flossing and the tooth shot out of my mouth and bounced across the bathroom floor.

I freaked. I thought my gums were so far receded I would need to have surgery to put the tooth back on.

I made an appointment with the former dentist (who I left due to the location not anything else originally) who told me implants sometimes come off, particularly if you are eating something sticky. He re-cemented it and I was on my way.

Fast forward to Saturday morning. I was eating a gumdrop and the tooth came off and hit my other teeth.

I am pissed. I spent a lot of money on these implants. I was told they are the best. There is no pain (the top one hurts), they look real (scoff) and they are permanent.

I should be able to eat sticky taffy and the implant shouldn’t come off, not after five years and certainly not after four months. I am not going back to the former dentist to have it fixed, rather I am going to our new dentist to see if she can do a better job.

Curse these implants.
Posted by LisaDay at 5:20 AM 5 comments

Did You Just Call Me Mommy?

I was at my brother and sister-in-law’s house Friday visiting my niece and new nephew. I was chatting to S and L when I heard a voice say ‘Here, Lisa.’

I stopped in mid-sentence, looked down and saw my little guy reaching up to give me some of his cousin’s toys.

‘Did you just call me Lisa?'
Yes, he did.
‘My name is Mommy,’ I replied. He giggled and ran away.

On Sunday he was in the tub with Daddy when I heard ‘Leeessssa’ being bellowed from the bathroom.
I went in to see a giggling baby calling me by my name.

Apparently he found calling me by my name quite funny.
I must admit. So did I.
Posted by LisaDay at 6:08 AM 7 comments

My husband gave me a $25 gift certificate for Chapters, a bookstore chain, for Mother's Day.

There was a time when I would have cashed in the gift certificate as soon as I received it. Now my time is precious and any moment I am not at work, I am at home with my little guy.

Earlier this month, however, I needed to pick up a book I ordered. So I left work early and spent a leisurely hour looking at the end displays and special sections I wouldn't usual look at. And because the Christmas season is upon us, the store was filled with all things seasonal - from knick knacks to books.

Not only was it completely relaxing to spend time within a place filled with books, it was a joy to not have to worry about money and simply buy what I wanted.

The Christmas List is as good as The Christmas Box A Christmas Carol with a character more nasty than Ebenezer Scrooge. It was a fantastic book that haunted me days after. It was another book I had to re-read parts in order to get it out of my head.

A recommended read to anyone who loves Christmas and happy stories.
Posted by LisaDay at 5:39 PM 4 comments

At 6:50 each morning, I drive along this windy road. It’s not in the middle of nowhere, but it’s close.

There are no streetlights, the houses are spaced far apart and the nearest town – on foot – would be about a hour away.

Since September, there has been two people on that lonely stretch of road – a woman and a young.

What are they doing at lonely bus stop so early in the morning Where are the going? Is the girl going to school and the mom leaves from there to go to work? Where are the coming from?

If they were heading in the same direction I was, I might stop to see if they would like to get out of the cold and tell me their stories.

Because everyone has a story, you just have to find it.

Six Weeks Until Christmas
I confess. I have actually listened to a song or two of Christmas music when it comes on the iPod for the last month.

But today, I actually picked a Christmas album and listened to it on the ride into work this morning. 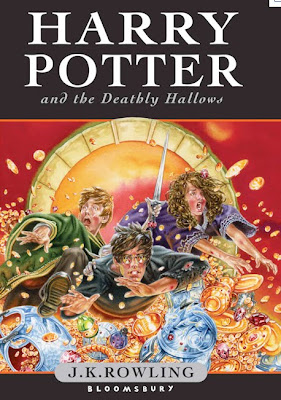 I am so excited.
http://harrypotter.warnerbros.com/harrypotterandthedeathlyhallows/mainsite/index.html
Posted by LisaDay at 4:40 AM 4 comments Today, Canadians across the world will be honouring those who fought for the freedoms we enjoy.

On the 11th hour of the 11th day of the 11th month, Canadians pause for two minutes of silence to remember the men and women who left behind their loved ones to join in the fight for freedom.

So on Nov. 11, we also remember men and women who fought in the Second World War, Korea and those still fighting in Afghanistan.

Remembrance Day should not be political. Whether you believe in Canada’s role in Afghanistan or not, Nov. 11 should be a day of thanks. Thanks to the people who thought of others before themselves; thanks to their families for sharing their loved ones with others; and thanks to people who stand up to bullies.

Thank you, veterans – Canadian and otherwise – for fighting to ensure we can speak out for what we believe.


A Special Thanks
I received a phone called from a woman from The Source, and not the Sources book, a contact resource for journalists, which I asked when she called.

No, this was an employee from The Source, the electronic store, who noticed a weird order placed on my credit card and who was kind enough to call not only my house, but my work, to question the more than $300 worth of Playstation equipment charged to my credit card.

Thank you to the employee from The Source, whose name I didn’t catch, for being so diligent and saving me a lot of time, grief and money.

Sick Babe
The babe was sick last week, hence the long absence from my blog.

We went straight to emerg when his fever hit 102, his body going into seizures with projectile vomiting and a little boy who really wasn’t with us.

He is only now getting back to normal.

Thank you to our wonderful daycare providers and the doctors and nurses at Markham Stouffville Hospital. Again.
Posted by LisaDay at 4:54 AM 4 comments 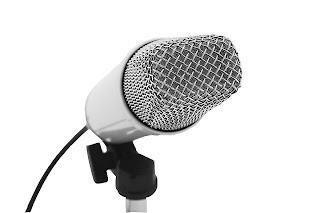 This morning on the radio there was a story about the latest hurricane to strike the Caribbean nation of St. Lucia. At the end, the broadcaster informs us of one American tourist who is reported missing and presumed dead.

In fairness, it’s radio. It’s also Canadian radio so why do we care about this faceless American whose family is likely in a panic wondering about their whereabouts of their daughter, mother, sister, niece or aunt.

But the same thing happens in local traffic reports.

Someone is dead due to an accident on Hwy. 401, which means traffic is stopped and won’t improve until long after the rush hour.

How rude of that person to get into a car accident, die and inconvenience the rest of us trying to get to work that day.

I realize it’s the traffic report and that is why people are listening, but it often doesn’t become news either.

And to me, it just seems cold.

Someone is dead. Dozens of other people will no longer be the same and we glazed over the end of their story for headaches about our morning commute.

It just seems cold.
Posted by LisaDay at 5:28 AM 9 comments